If like me,you have a number of HF radios and only room for one aerial then this is for you..! The MA1970 will feed up to 40 receivers (yes forty..!) from one aerial input.It will also protect them from RF inputs of up to 30volts R.M.S and static charges of up to 2KV.So if you use this along with an MA197B then your receiver front end should be pretty well protected from all but a near strike by lightning.

This unit can be very handy for the forgetful radio amateur who neglects to disconnect his separate receivers from their aerials and then keys his TX which is probably connected to a bigger and better aerial.When the MA1970 detects a signal greater 2.5v rms it automatically opens contacts on a relay to disconnect and ground the input to the amplifier board.Diodes are also used to shunt rf from the input that are of too short a duration to operate the relay.A fuse is also fitted to the input of the amplifier.

So as you can see the MA1970 can play a very useful role in the shack. It enables you to:-

Racal made an earlier version of the MA1970 called the MA174.This unit fed up to 8 receivers from 1 aerial and worked from 2-32mhz giving an isolation on 30db.This unit was valved and one can assume was a little bit more robust towards overload than the MA1970. 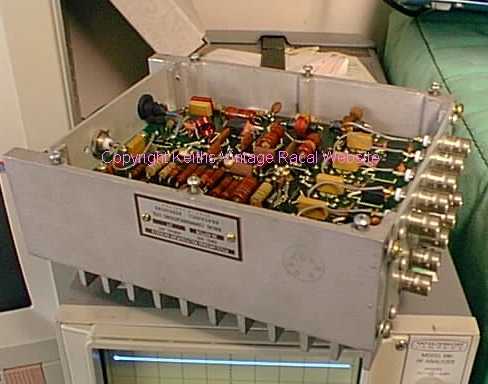 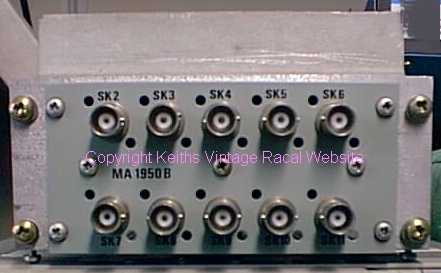 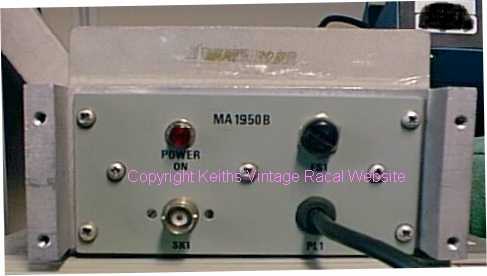 The MA1950 is slightly different to the MA1970. It is not mounted in 19" rack format, but is presented as a module. It has no protection circuitry , other than a neon connected across the input , and it has 10 outputs for 1 input.

I have little info on this unit . It appears from the circuit diagram that there is provision for feeding DC supply to the input. This module was intended to be fitted to the MA1960 Antenna Multicoupler Assembly, which could house up to two of these units and had its own 200-250V mains PSU.The supply voltage is 24V DC , according to the circuit ,but I found that the performance of the unit changed little with a 12V supply ( 0.0 db gain at 30 MHZ) and it did run much cooler. However there is a large heatsink provided and I did not check the strong signal handling capabilities at the reduced voltage.

Interestingly, my unit is classified as an MA1950/B cut it has the BNC connectors of the "C" unit. Probably it has been modified at some stage.


As I have little info on this module I have carried out a few tests.The VSWR at 75 ohms seems to be 1.2-1 average. 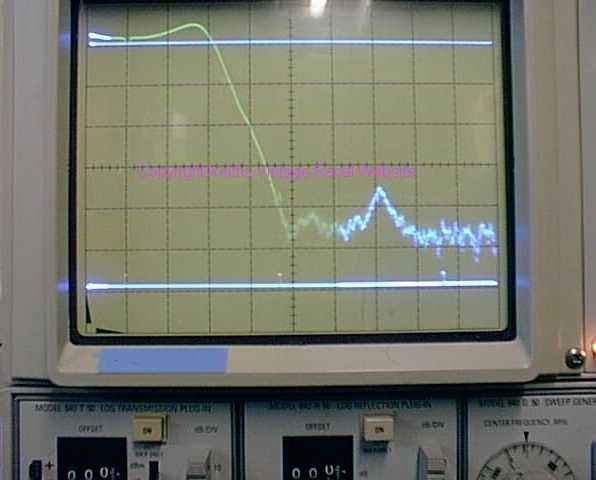 And I found these gain figures with a supply voltage of 24V DC.


The trace on the right shows the frequency response of the unit. Although it is not very clear it does show the "gain curve" .

Gain 10 db per division and sweep in "Un-Cal position".